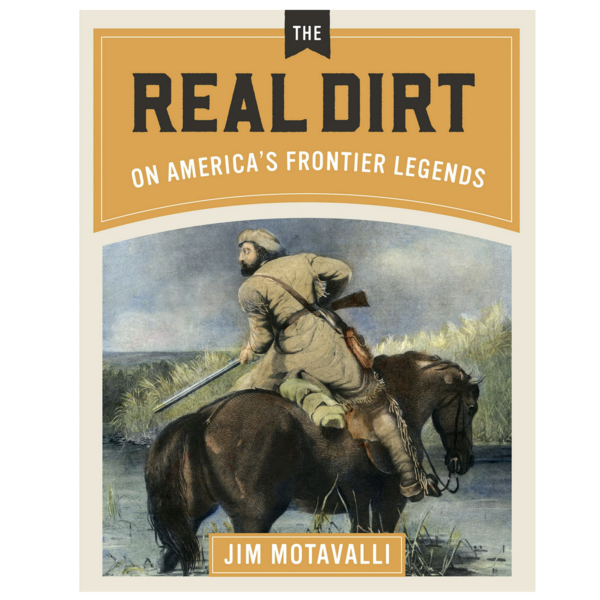 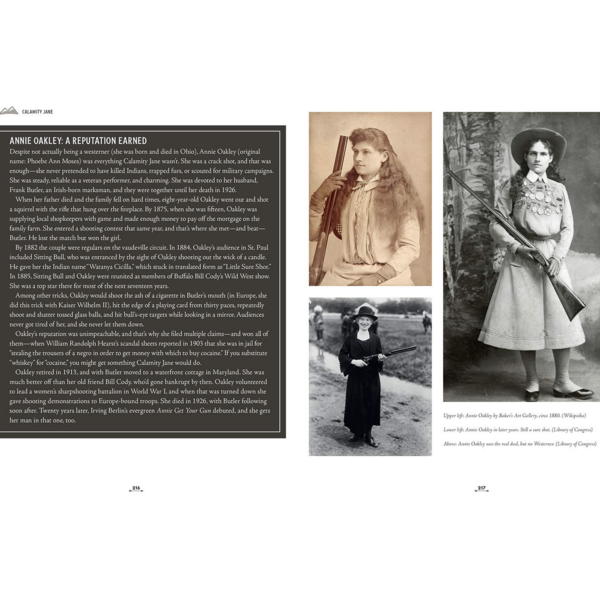 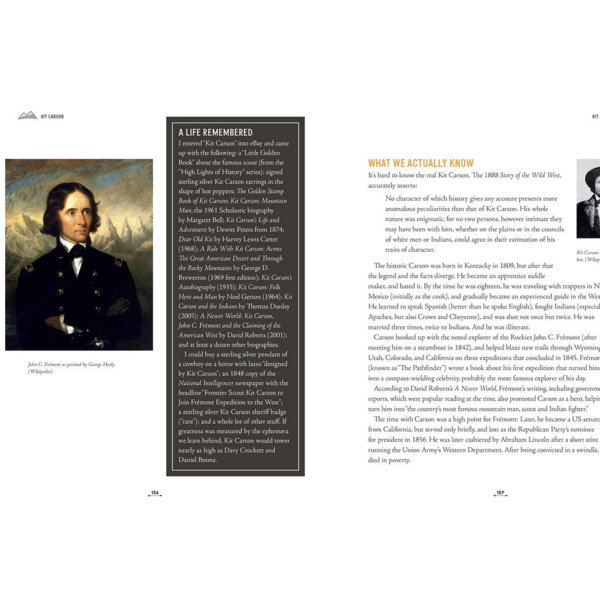 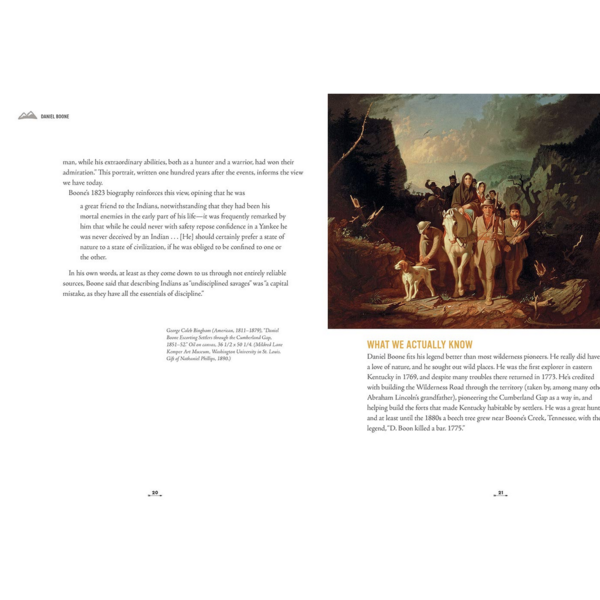 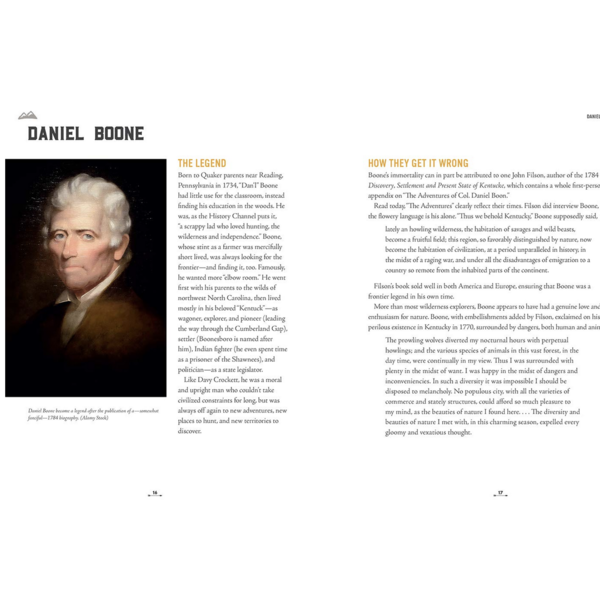 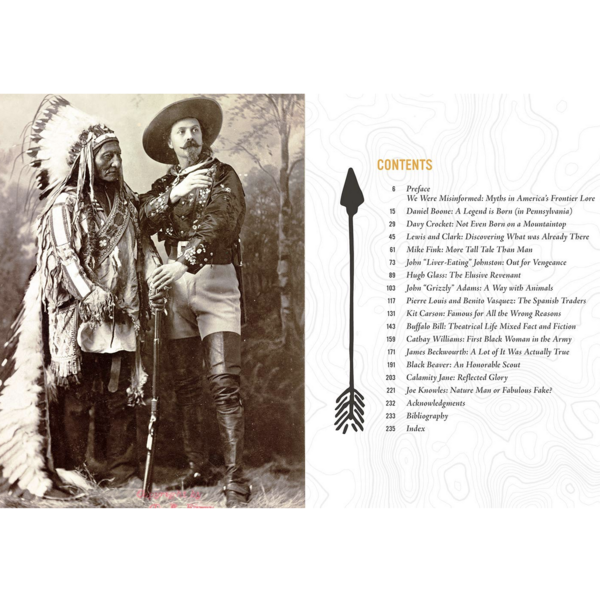 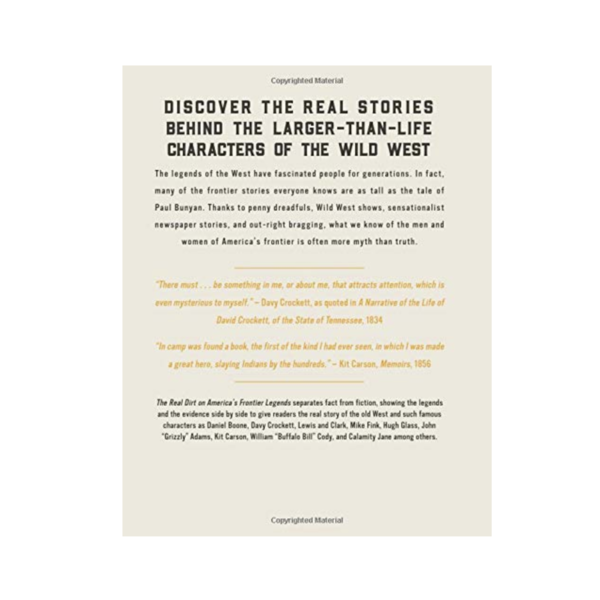 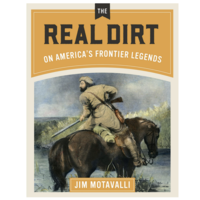 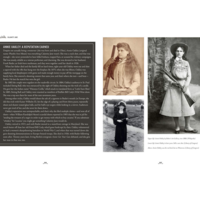 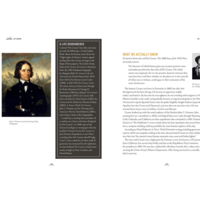 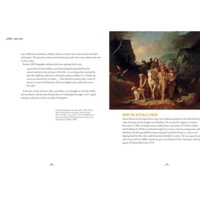 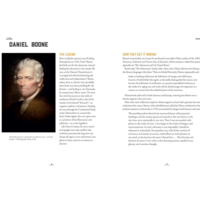 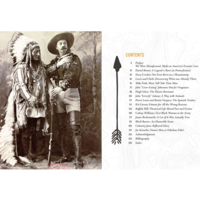 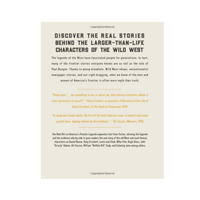 The first in a new Wild West series: Learn the real stories behind the larger-than-life characters of the West.

Characters like Daniel Boone, Davy Crocket, “Buffalo Bill” Cody, and Jim Bridger have fascinated the people for generations. But in many cases, the stories we know of famous frontiersmen and women are no more true than the tale of Paul Bunyan. The tall tales won’t tell you, for instance, that David Crockett was a congressman, and Daniel Boone a Virginia legislator. Thanks to penny dreadfuls, Wild West shows, sensationalist newspaper stories, and tall tales told by the explorers themselves (James Beckwourth was a well-known teller of whoppers), what we know of these men and women is often more fiction than fact. The Real Dirt on America's Frontier Legends separates fact from fiction, showing the legends and the evidence side-by-side to give readers the real story of the old West 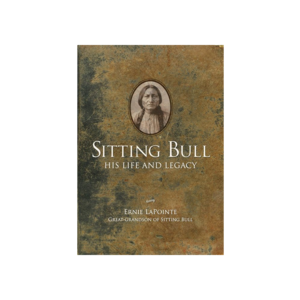 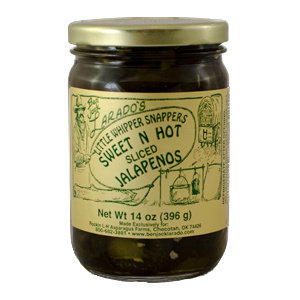 $8.99
out of stock
Add to wishlist
Add to compare
Quick view 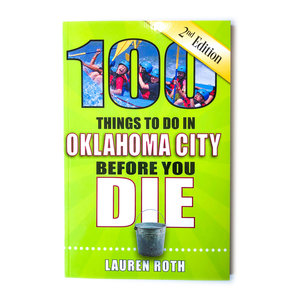 Book | 100 Things to Do in Oklahoma City

• Our Auto Alley OKC location is one of the 100 things to do in OKC!

$16.00
out of stock
Add to wishlist
Add to compare
Quick view