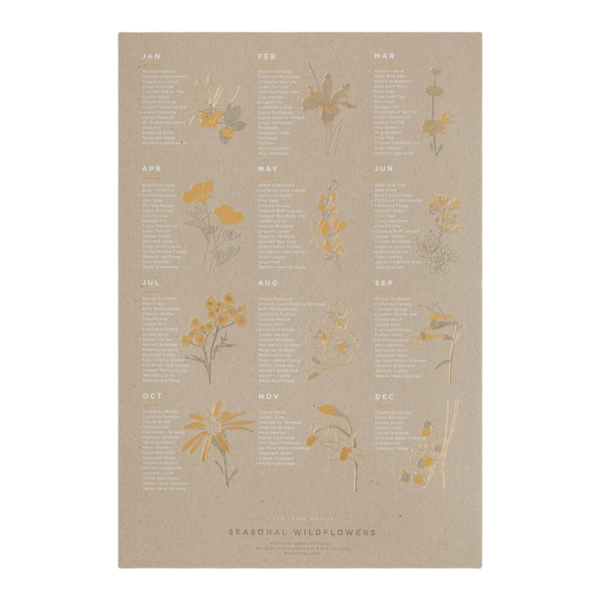 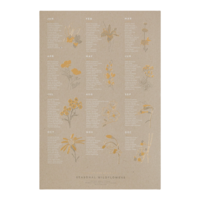 Approximate radius of the listed species is centered on San Francisco, extending North through Marin County, South through Santa Cruz County and Diablo Mountain as the eastern border. Many of these species are found up and down the length of the west coast.

Some species listed are rare, endangered, or poisonous. For example, the Tiburon Mariposa Lily, Calochortus tiburonensis, is a listed threatened species, endemic to California and only seen on one NE facing hill in Tiburon, California. The Calflora database was relied on to produce the data on this poster.