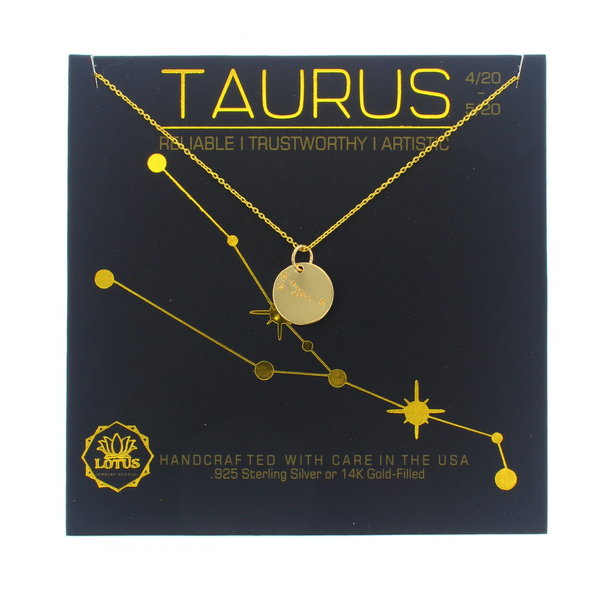 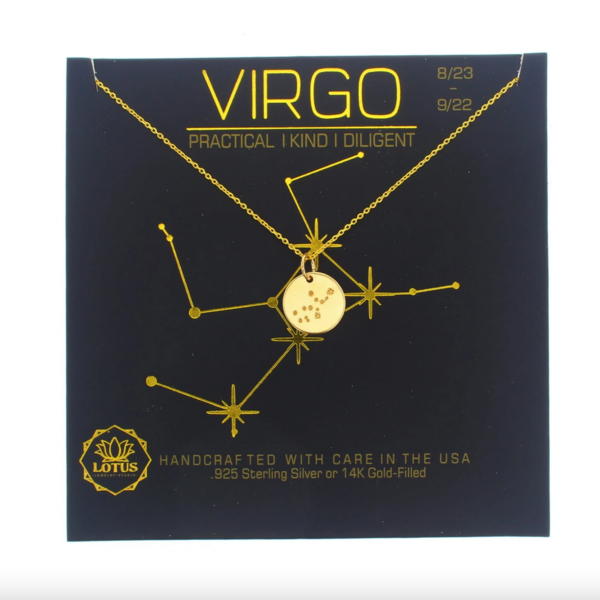 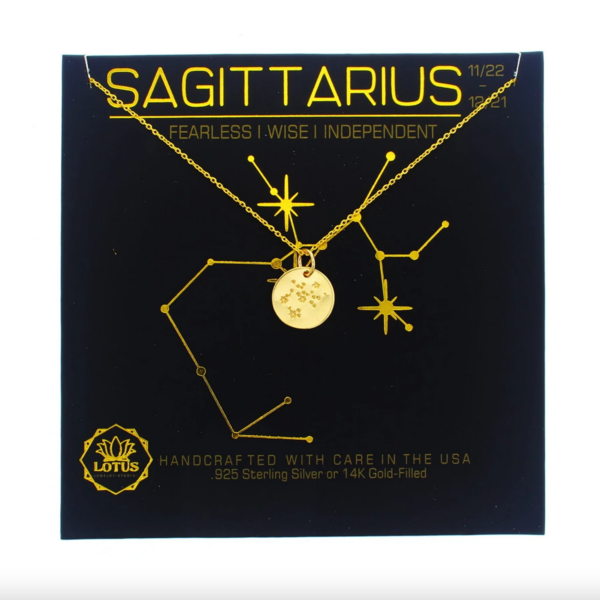 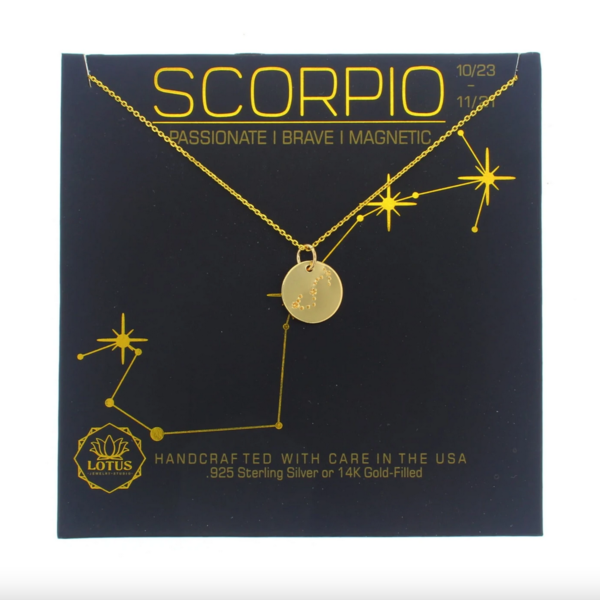 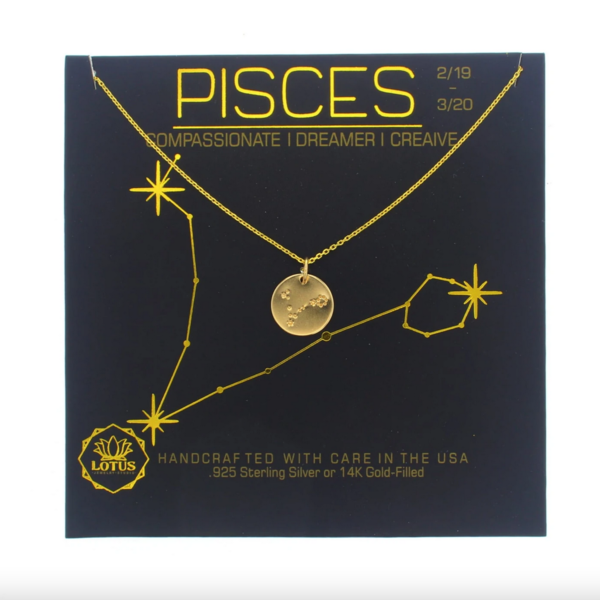 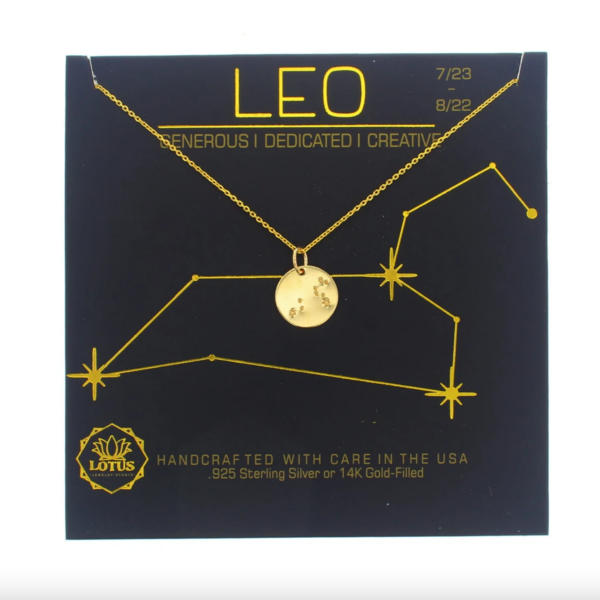 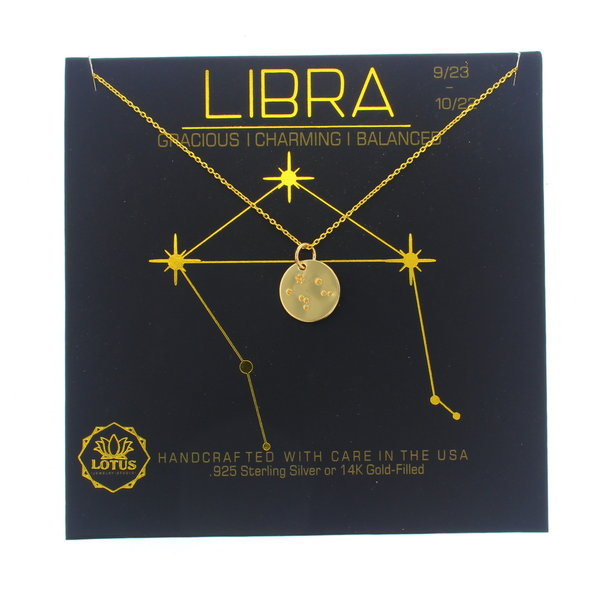 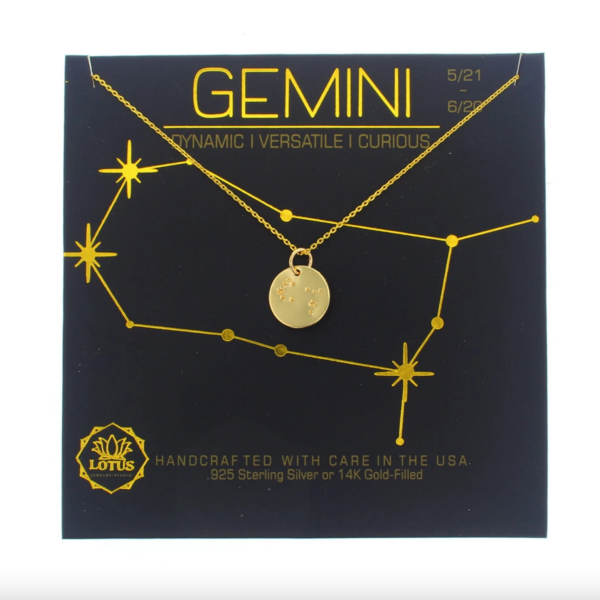 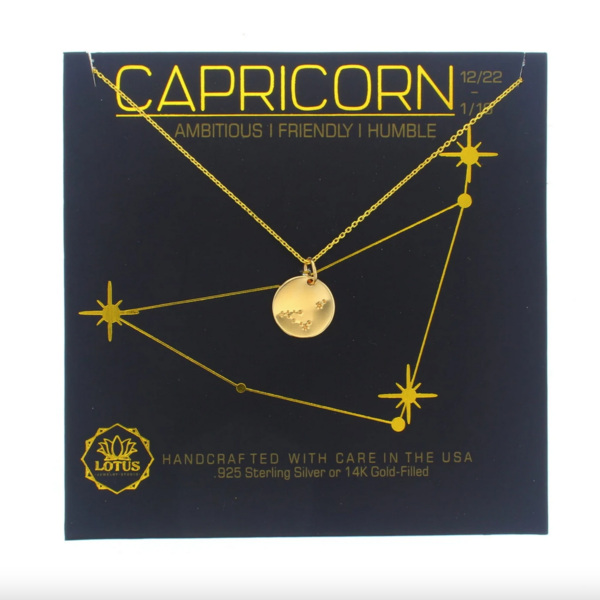 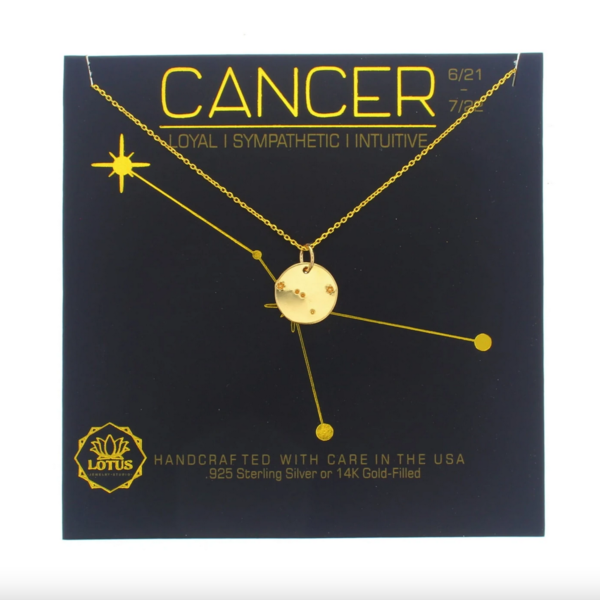 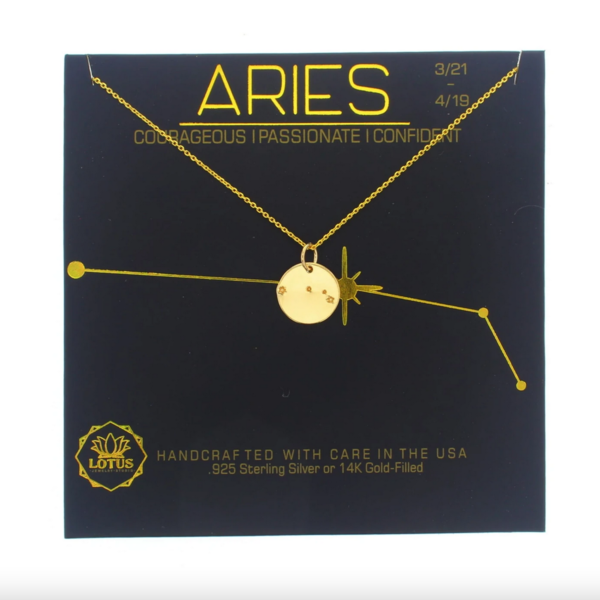 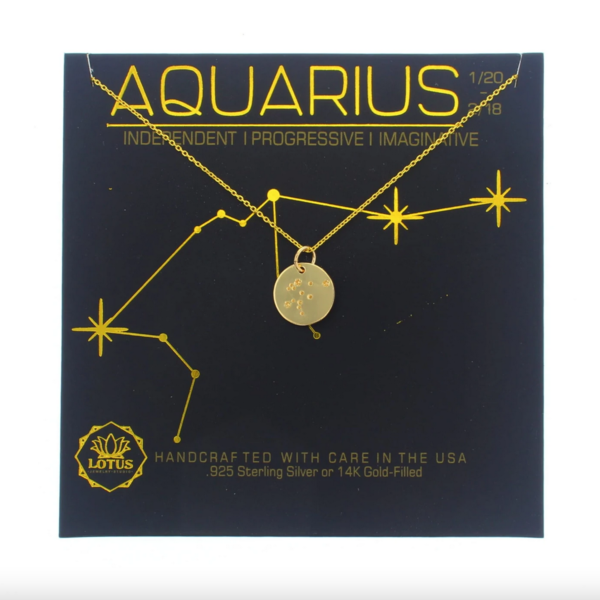 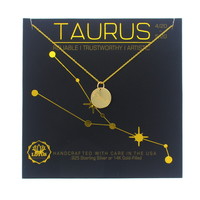 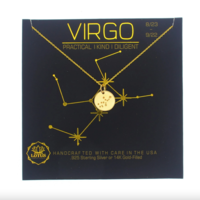 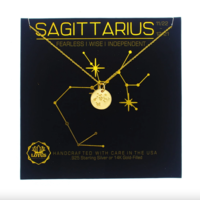 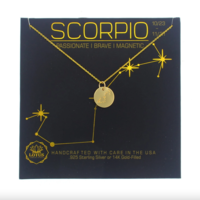 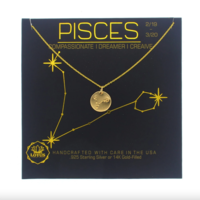 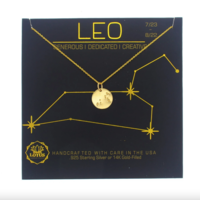 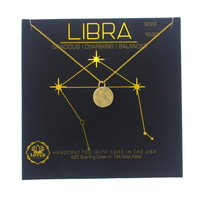 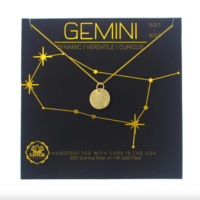 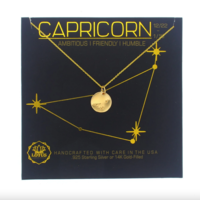 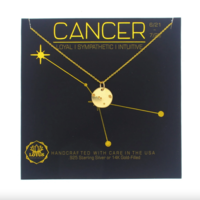 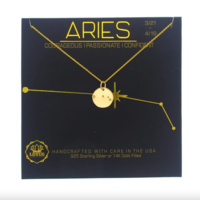 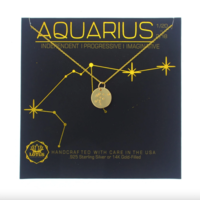 Calling all Astrology lovers! The Zodiac Necklace displays each unique constellation for your sun sign.

It is hand embossed on a shiny disc and hangs from an adjustable 16"-18" chain.

Custom card backing has a rich feel with matte black finish and metallic gold detailing, making the necklaces an even more stunning gift. 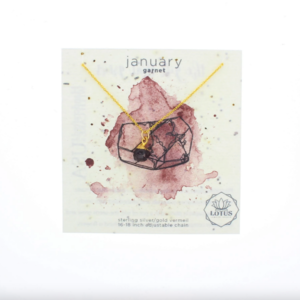